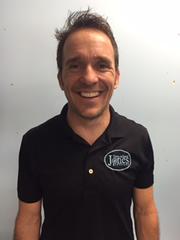 Travis Jones along with his wife Tricia are the owners of Two-wheel Jones Mesa store. Despite riding his whole life he was really bit by the cycling bug in his 30's and fell in love with the sport. Travis served as a Phoenix Police Officer for 12 years, much of this time was on a bicycle patrol squad, where he also served as the bike maintenance officer. He really polished  his mechanical skills at Barnett Bike Institute taking course work on Bike repair and Overhaul as well as Suspension technology and bicycle fitting. His favorite part of wrenching on bicycles is building wheels.

Travis has competed at an amatuer level in Road Racing, Criterium, Cyclocross, Cross Country Mountain biking and Triathlon. His most noteable cycling acomplishments include competing at The Leadville Traill 100 and The Arizona Ironman. Travis rides the Trek Madone and the Trek Superfly but his current favorite is his purple and gold 29+ single speed mountain bike named " The shaggy wagon". Follow him on Strava he goes by "Travis Two-wheel Jones"

While sharing Larry's love of bacon it is pasta that he really loves, the homemade Lasagna he makes with his daughter Emily tops the charts, wth bacon crumbles of course. Travis talk's way to much to limit himself to just one favorite quote. 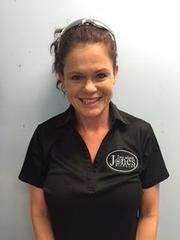 Tricia Jones was born in Bloomington, Minnesota.  She is the co-owner of Two-wheel Jones Bicycles. Trish loves socializing and getting people to ride bicycles together.  Community involvement, putting on events and marketing is her specialty.  Tricia rides a Felt F-1 road bike and a Trek Lush mountain bike. She has competed in Ironman  as well as several endurance mountain bike races and USAC road race events.  Tricia considers herself more of a slow-twitch racer, she gets better as the race gets longer.  Tricia wants to pedal with her friends and family around the globe enjoying beautiful places and epic adventures together.  Tricia’s favorite cuisine is anything that is home made especially when there are friends, family and tons of laughs involved.  Tricia is not a huge television lover but does love the theme song from Saprano’s and often says, “Speak softly and carry a big stick.  You will go far.” -Theodore Roosevelt 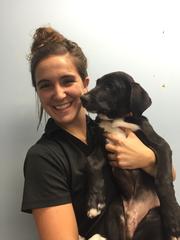 Alex Davidson is TWJ’s first “bike shop girl”. Alex is from Mesa and has been riding and racing road bikes since she was in high school. Her cycling goal is to be faster than Reiley. You can find her on Strava using the name Alex Bearman. Alex’s road bike is a Trek Silque with Di2 shifting and while she does have a mountain bike she doesn’t count it because as she says “Road bikes are better”. Alex’s favorite food is Reiley’s post ride smoothie. Alex has a great all around knowledge of  bikes, gear and the sport not to mention some pretty good skills with a wrench. 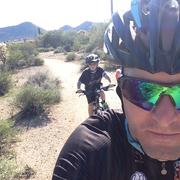 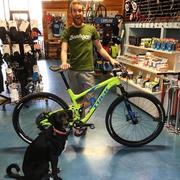